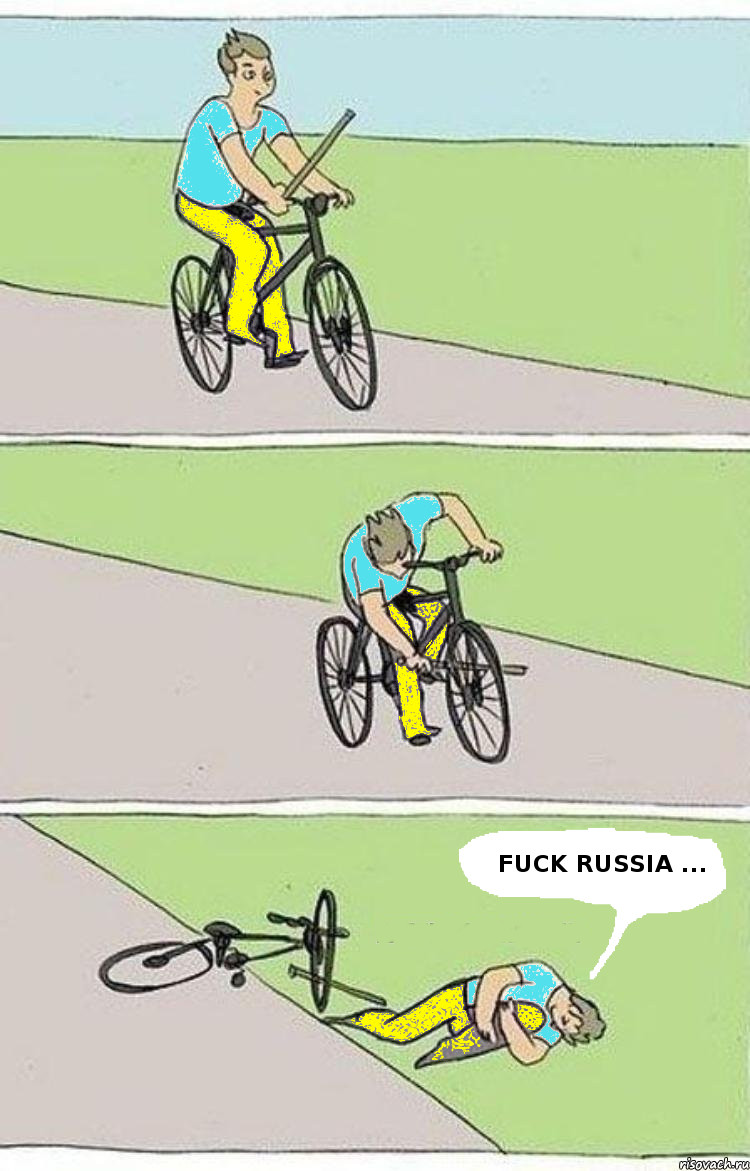 I have left Ukraine 6 years ago. Nowadays if recruiters ask me about relocation to Ukraine I’m alway refuse. In this post, I want to write about what’s wrong with Ukraine in my opinion.

There are some major reasons why I don’t like Ukraine.

This point is obvious if you will just look at the current situation in the country. Ukraine lost Crimea completely and don’t control it’s East territories for 2 years. Why it’s happened? Don’t tell me about aggressive Russia which likes to abuse weak neighbors just because it’s so strong. Bullshit. There apply the same rules as in nature. We have natural selection in nature and according to its laws, all weak species would extinct because they can’t compete and can’t survive. The same with Ukraine on a geopolitical map. During 20 years of independence after being released from the Soviet Union with gifts like Crimea and East territories – Ukraine wasn’t developed in a strong country with a strong economy. It always was weak. So, don’t tell me that country was in a bad situation during a revolution and Russia used this situation to get some territories.  It looks more like on a picture above.

Now I want to talk about next points which were the reason of bad situation and they are still presented.

The politic system is a circus

While living in Ukraine every time when I watched TV or have seen some news on Internet I was not even smiling. Sometimes I was laughing loud and sometimes I was confused and thought how this could happen in a country on a high level. Sometimes I felt embarrassed that it’s happening in my country. Yes, I’m talking about Ukraine politic system. I always had an impression that the Rada filled with a band of clowns.  They had fought on TV, they had stupid arguments. And they don’t have any adequate work done. Orange revolution was another stupid show. I have laughed from Timoshenko, Yushchenko and Yanukovich fight against each other. I wouldn’t give my voice for every of them. In the end, Yanukovich was the best one from other options and he wins. There just wasn’t better candidates. But during every leader ruling time things always getting only worse. In the end that was a reason of Maidan.

When maidan started I was impressed. And I was even supporting it! I thought that all gonna be alright with Ukraine now if it will become part of EU and Ukraine will have an adequate leader. But then happened what could be predicted, because it’s always happening with Ukraine. They made a big mistake with a law of Russian language ban and they got the problem with Donetsk and Lugansk. They did not have a reaction to a situation in Crimea and they have lost it.

And Ukraine got right to enter EU without a visa only now since two years. Well done!

No strong politics on the stage

I have touched this point already in the previous paragraph. Ukraine hasn’t strong politics on the stage, it’s fact. Russia has Putin, Belorussia has Lukashenko, Kazakhstan has Nazarbaev. What had Ukraine? Kuchma was just the first one. I don’t know a lot about his times because I was young. Then Yushenko and Timoshenko appear on the stage and where they are now? The most adequate were Yanukovich. My family was supporting him. But where he now and what happened in the end? He was an adequate choice but hasn’t an ability to rule and predict situation. He wasn’t confident and wasn’t smart.

Then we got Klitschko as one of a revolutionary leader and now he is governor of Kyiv. What? Internet full of memes with his stupid phrases and he is governor. Then we got Georgia ex-president as a governor of Odessa. What? Ukraine, what’s wrong with you? You gave him this position just because he had a war against Russia while being Georgia president?

Now we have .. this guy, what his name.. he has a Roshan factories in Russia… ahh it’s Poroshenko, an oligarch. Who is he? I haven’t even heard about him before he appears on a Maidan stage. It’s like Abramovich will become president of Russia just because he is rich. It’s like Donald Trump will become… Wait a minute, seems like it really worked with Donald. And with Poroshenko. I see a lot common between them, they are both have billions and that’s why they become presidents. The World, what’s wrong with you?

As I know about Ukraine, it’s almost become an agrarian country. All industry which the Soviet Union have left here was destroyed, sold, robbed, stolen and nothing new were built. Now Ukraine citizens live only depending on trading (a lot of managers and sellers), and IT jobs (everyone in Ukraine wants to become a part of IT industry because of high salaries). What else? Government and local jobs have very low salary level. Some regions don’t have adequate jobs at all. People do whatever they can do to find a decent job with income just enough to live.

And Ukraine lost it’s coal mines with a control of East territories. And Ukraine lost it’s pure, but still profitable touristic business in Crimea (with Crimea itself).
What’s left here? I don’t know a lot about Ukraine useful minerals and resources. But I heard only about the good black earth. I mean humus. Ukraine definitely has a lot of humus and that’s why fruits and vegetable growth well on fields. And that’s why agrarian industry feels good.

Another trend in Ukraine already mentioned above is IT jobs. A lot of big and small companies were created to work for West countries in outsourcing mode. It’s because if you will have a salary in USD or EUR you could consider yourself as reach against the background of all other pure people getting a small salary in local currency. Because if you will convert local salary in USD or EUR it will be 100-500. But as IT guy you can get 1500-5000 and have about 10 times bigger salary than a person who works in the local market. It’s insane. Something similar happened with Russia when ruble lost almost half of its value. But in Russia, at least in Moscow and Saint Petersburg people could get a decent amount of money in roubles and it will be almost the same amount if converted to USD or EUR. There is not so big gap between local salaries and foreign income as in Ukraine.

And now with EU borders open, I think a lot of Ukrainians who aren’t in IT industry will try to leave Ukraine for a better living… Ukraine will lose it’s people again. The first wave happened after Maidan, as I know about 1 million people migrate to Russia. And now the same could happen but in the opposite direction.

I’m not really sure what would happen with Ukraine if USA and EU would stop its support. Now they give support just in order to create problems for Russia. It’s obvious. Ukraine is a Russia close neighbor and it used just to cause problems and as a geopolitical tool. The USA against Russia now and they use Ukraine as a tool and call themselves as Ukraine allies. What would happen if Ukraine would no longer be needed as such tool? The only thing I know is that Russia, Romania, and Poland have some thoughts about some current Ukraine territories…

Why I refuse relocation to Ukraine?

All points described above is just to justify my decision to decline all relocation proposals to Ukraine. Maybe if I would be alone without a family I would consider such proposals, as my ex-colleague did. But with family, I think I would be always afraid about their future and safety in Ukraine. I want to live in a country with a stable economy, politic system, with some confidence in future.

But Ukraine named as one of the dangerous countries in the world according to latest ratings. It was placed somewhere near Pakistan, Syria and only countries like South Sudan, Iraq, Afghanistan, Somalia, Yemen are more dangerous. Even Sudan, Libya, and Pakistan were deemed as more peaceful nations that Ukraine!

According to my vision about Ukraine, which was described above, I don’t see Ukraine as a country for living now. In 2013 I had strong desire to return back to Odessa, to my motherland, to the city where I was grown, to my friends and relatives, to the Black Sea. But it’s good that it hasn’t happened, because now if I would live in Odessa, I would leave it. I would leave it even in 2014 when Maidan had begun.
Even with an embargo against Russia from Western countries and even considering that Russia takes part in a war in Siria – live still much better in Russia than in Ukraine. That’s why I’m here now and will consider relocation only in EU and another developed countries. Because relocation back to Ukraine could be considered as a step back, not forward.